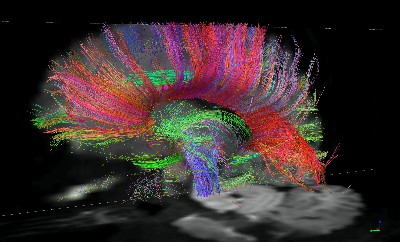 Referred to as the "Neuro Revolution”, since the mapping of the human genome, neuroimaging and more powerful processors, neuroscientists are finding more connections and correlations than previously possible.  Understanding is finally progressing past the black box, where we don’t see what’s happening in the brain, and can only assess the input with the output. As a result, mental illness is now being recognized as a condition inherently biological in nature, the reason why it’s starting to be taken as seriously and in parity with other illnesses like Parkinson’s, Epilepsy, and Alzheimer’s.

One of these new progressions is the exploration of Connectome, which is very helpful in conceptualizing mental illness.  A connectome is the brain’s network of synapses, where personality and intelligence are not dictated so much by the mass of neurons but by the arrangement of their synapses through genes and life experiences.

Our Genes and Connectome

The complex processes that develop personality and intelligence, can be thought of through the analogy of a tree.  Genetics give us certain programming in how our neural connections eventually form, just as seeds are programmed to sprout upward out of the soil. For example, specialized neurons are programed to connect the amygdala (center for emotion and motivation) to the prefrontal cortex (executive function, foresight), or the basal ganglia with the cerebellum (refines the signals that control our motor functions). We all have the same kind of programmed structure; what makes humans unique is our neocortex, particularly prefrontal lobe (executive function, foresight) which is extensively and directly connected to many different structures in our brains. These connections of white matter (axon conduits between neurons) are, in a sense, what makes us similar. Yet, there is a great deal of human variation –and while genetics play a part – we are not simply our genes.

Our Environment and Connectome

If you have ever gardened - you know that each species grows in its own distinct pattern, but the number and density of branches, the slight variations in direction are greatly dictated by the environment: the quality of soil, amount of water, how long and cold the winters are, the direction of sunlight, and wind etc. This combination of genes and environment is our connectome – it is not a matter of nature or nurture.  Like everything in life – reality is much more complex and bottomless than something we can discuss in an evening.

As 2-3 year olds we have twice the synaptic density of an adult, which drops off dramatically by our late teens and early twenties. This is why children are little sponges, able to speak, read and write in such a short period of time.  Parents are taken aback how in a matter of months, their 18 month old suddenly starts talking.

We wonder what if we always had that many synaptic connections - we would be super human. We could become trilingual or learn to play piano in a shorter period of time. Yet, this removal of synapses or ‘pruning’ as we develop into young adults is very important. Revisiting the tree analogy, when a tree first sprouts, there are tons of sapling branches, yet eventually only several limbs remain and thicken over time. Yearly, a tree is pruned to facilitate this, because what would happen? There would be no economy of nutrients and moisture flow. Branches would overshadow others, leading to leaves absorbing less light. The tree would be so spread out, that it couldn’t sustain itself and would eventually die.

When we were learning the periodic table, music, analyzing Twelfth Night and 1984, we were strengthening and refining these branches.  In high school we learned how to make plans, see the consequences of poor decisions,  become disciplined in organizing and sustaining our thoughts – without the editing of our synapses, who would we be as adults if this never happened; how would we take care of ourselves?!  When I would make a juvenile faux pas my Dad would say “Well, your brain hasn’t fully developed yet” which was true!

The connectome is great for understanding mental illness. It has been noted in history and current psychological studies that mental illnesses like Schizophrenia and Bipolar Disorder do run in families and have a greater frequency in genetic twins.  Yet, one might develop it and one won’t, and usually this correlates to a major life event or pernicious family stress.

Previous studies had shown a correlation with mothers catching the flu while pregnant and a tripling of the risk for the child developing schizophrenia. Now, with the study by the Broad Institute and Harvard Medical Center, they have found that gene C4 (complement Component 4), a gene active in two processes: pruning synapses, and the immune system, has a high variance in those with schizophrenia. This might explain several phenomena.

It is not completely understood why there is lesser synaptic density in people with schizophrenia after the onset, and why it appears later in early adulthood.  During the last major developmental pruning stages it can be imaged that a dysfunctional over-activation of this gene would affect how our brains are trimmed. Too many synapses might be severed, or the wrong ones. This event may reflect similarities with the development of bipolar disorder, thought to be related to Schizophrenia, which is correlated with lower synaptic density between the prefrontal lobes and limbic system. Life events might exacerbate this process.  The hormone cortisol is released during psychological stress and is known to decrease the dendritic density of synapses. This could explain why continuous traumatic episodes of psychosis in bipolar disorder and schizophrenia lead to progressing severity of the illness with a loss of synaptic density over time.

For further reading I highly recommend the book Connectome: How the Brain's Wiring Makes Us Who We Are by Sebastian Seung, who has taught at MIT and Princeton. It was fun and accessible, outlining the history of neuroscience as well as theories regarding many common neurological diseases. You can also check out the TED Talk.

Seung, Sabastian (2013) Connectome: How the Brain's Wiring Makes Us Who We Are. Marine Books