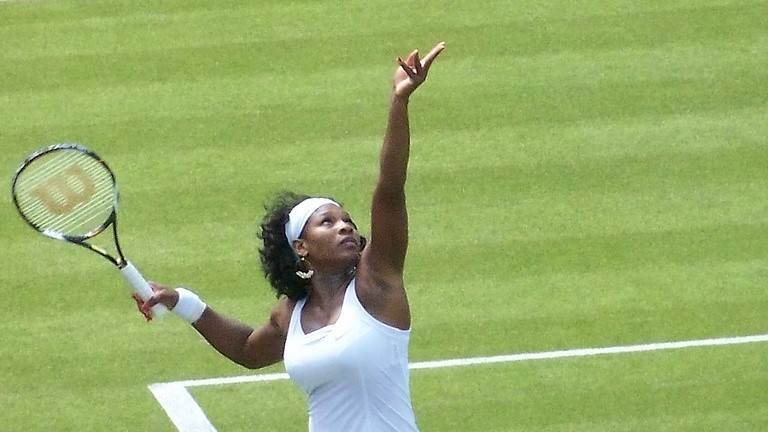 In the world of tennis, Serena Williams rules the court, but last year she wrote a letter to her mother that scored big points for body positivity and mental wellness too.

In the world of tennis, Serena Williams rules the court, but last year she wrote a letter to her mother that scored big points for body positivity and mental wellness too. About a year ago, Serena Williams wrote a letter to her mother, and she shared it on Reddit. She wrote about how some people have told her that her body doesn’t belong in women’s sports. Such statements can lead to mental health issues. Some people have actually told Serena Williams that her beautiful, muscular body belongs in men’s sports. Fighting back against those body shamers, she writes, “I am proud we were able to show them what some women look like. We don't all look the same. We are curvy, strong, muscular, tall, small, just to name a few, and all the same: we are women and proud!” The letter spanned only about 325 words, but through it, Serena shared her resiliency despite a constant pressure to change her body and has inspired others to own and love their bodies too.

An important letter, it goes against attitudes that make women athletes feel ashamed of their bodies and contribute to lasting mental health issues such as eating disorders. Attitudes about how women and their bodies “should” be can cause women athletes to feel uncomfortable in their own bodies, and it can also lead women athletes to make changes to their bodies. If a woman is muscular, she might be told that she looks like a man. To prevent being told she looks unfeminine, she might feel like she has to change the natural weight and shape of her body in order to fit people’s expectations of what a woman athlete should look like. This can have consequences as women athletes are more likely to develop mental health issues such as eating disorders than non-athletes. 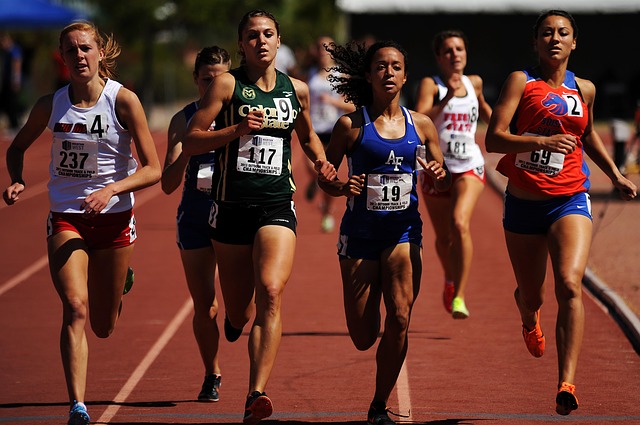 Women race toward camera on track. Photo by @skeeze on Pixabay

About one third of Division 1 NCAA women athletes have expressed attitudes that may predict anorexia nervosa. When women have a positive self-image, they are less likely to develop an eating disorder. Knowing this, we, as a society should make sure that we’re not making hurtful comments about women athletes and their bodies because when we do, we support harmful attitudes. We should really all be like Serena Williams and encourage women athletes to feel confident with their unique, powerful bodies, so we too can encourage body positivity and mental wellness.

It may be easy to assume that all athletes are happy with their bodies, but women athletes are at many times pressured to look a certain way. This pressure can lead to dissatisfaction with their bodies and mental health issues. That’s why when someone as influential as Serena Williams writes a short but powerful letter to her mom about being proud of her body, she encourages women athletes to feel positive about their bodies too and supports mental wellness on and off the court.

Want to make a difference and support the NAMI cause? Donate here.