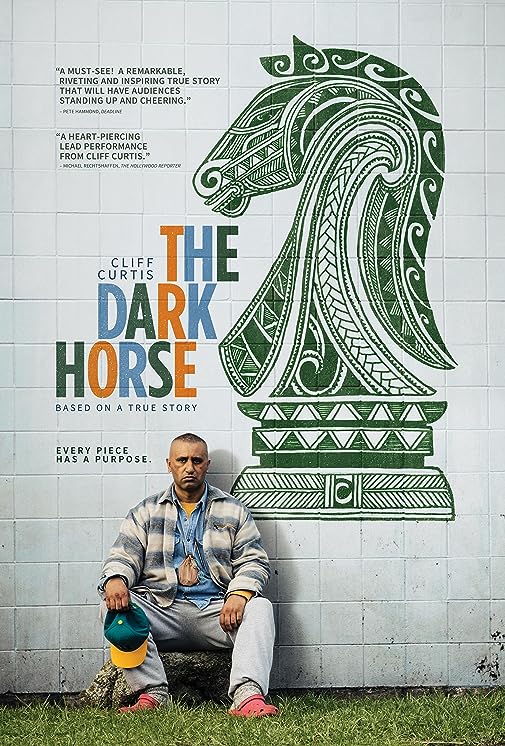 In "The Dark Horse," a New Zealand drama from writer-director James Napier Robertson about a real-life Maori chess coach with mental illness, star Cliff Curtis is so heartbreakingly convincing in the lead role that he routinely frees you of the feeling you're watching one more adversity saga with scrappy kids and a third-act tournament.

The movie is both more and less than its inspirational trappings. If its wobbliness doesn't always serve its commanding central performance, the movie does mark a sensitive, low-key approach to outsiders of any kind, one that legitimizes their struggle without selling them as ready-made saints.

Curtis, a magnetic actor sporting a weight gain and haphazardly shorn pate that make him unrecognizable from his "Fear the Walking Dead" duties, plays Genesis "Gen" Potini, a onetime chess prodigy whose bipolar disorder ensured a life in and out of mental institutions. (He was the subject of a 2003 documentary that inspired this film.)

MPAA rating: R, for language throughout and drug use