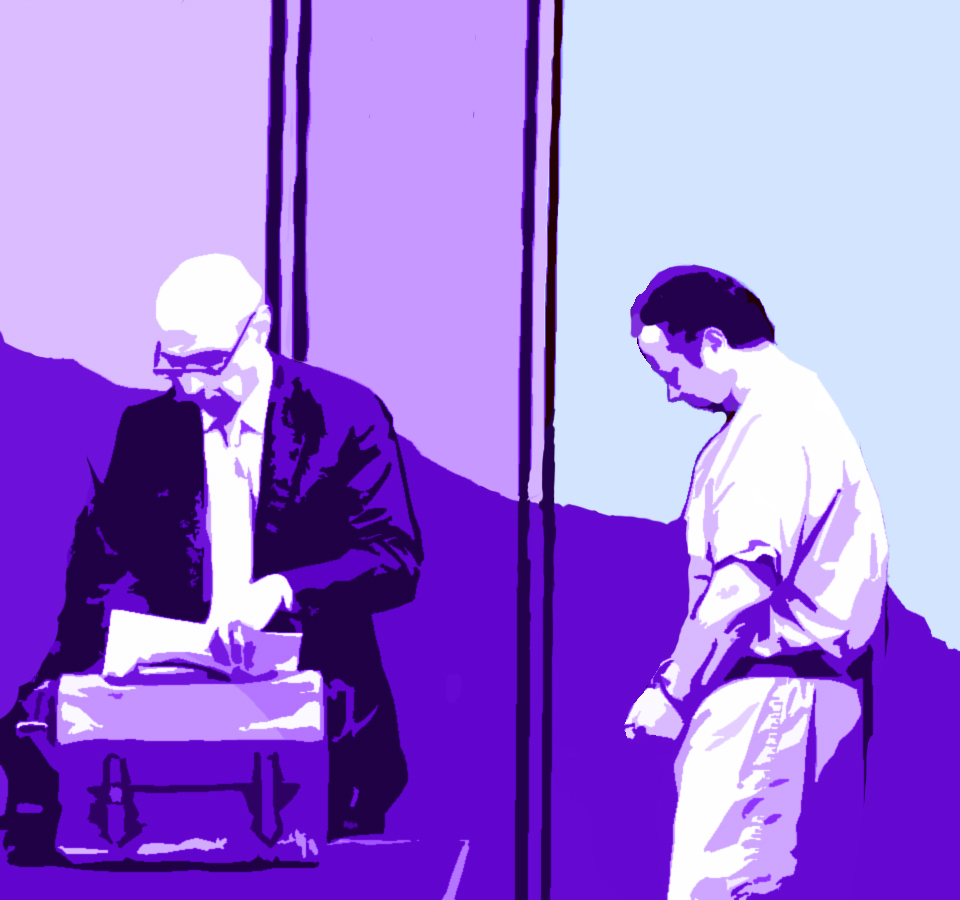 Los Angeles County’s lone mental health courthouse is having trouble keeping up with a flood of competency cases. Inmates arrive at 7:30 a.m. in county buses, are assessed by a psychiatrist, processed through a hearing approaching only 10 minutes long, and still they are so overbooked, hearings are rescheduled 3 or 4 times.

The mysterious surge of competency hearings in recent years is unprecedented.  Not only does it have public defenders and county clerks concerned; it has now drawn the attention of major publications like the Los Angeles Times.

Authorities, including the NAMI, L.A. County Council, have been asked to comment on what seems to defy explanation.  Different theories were explored, but I was personally curious enough to tackle the question myself.

What is a Competency Case?

A determination of competency is a psychological assessment of a defendant conducted by one or two psychiatrists. In order for an individual to be tried and convicted of a crime, they must be competent to stand trial. To be tried without competency is considered a violation of one’s constitution right to due process. A person is determined to be incompetent if either:

As an aside, I should clarify that competency to stand trial is distinct from the insanity defense.

Competency to stand trial refers to the defendant's current mental state. This assessment does not lead to a conviction or an acquittal, it merely suspends their trial until they receive treatment and are "restored to competency".

The insanity defense, in contrast, has nothing to do with the defendant's current mental state.  It is a complete legal defense requiring a judge or jury's evaluation of the defendant's state of mind at the time of the offense. Under California Law, to be ‘not guilty by reason of insanity’ means the defendant, while committing the crime, was (1) incapable of knowing or understanding the nature and quality of the act, or (2) incapable of distinguishing right from wrong.

Now, to answer the question, “why the sudden deluge?” It could be entertained that defendants are just more often choosing to plead incompetency because they are avoiding a guilty verdict. However, as it was discussed, incompetency does not deem the defendant innocent so this would not be a viable way of escaping punishment.

Further underlining this point, psychiatrists interviewed by the LA Times find that the defendants are not ‘faking mental illness’, in fact they are generally assessed to be more severely impaired than in recent memory. Therefore, pleading incompetency is certainly not in vogue among defendants.

A second explanation might be that attorneys are more often opting to assess defendants as incompetent to stand trial due to their greater awareness of mental illness. This is a reasonable considering the subject of mental health is becoming more mainstream through media coverage and accurate depictions in entertainment.  However, if one looks beyond the individual cases and observes L.A.’s larger trends in incarceration, a more satisfying explanation emerges.

Currently, the population of mentally ill initially entering county jails is also on the rise. Merely in the last 3 years, Los Angeles County Jail System has seen a 34% increase, a jump from 3,081 to 4,139 of inmates diagnosed with a mental illness.  This paints a wider picture.

What can be gleaned from these statistics is that the competency case phenomenon is not an isolated event. The number of hearings has actually stayed relatively proportional to the overall population of mentally ill that are incarcerated.

Also worth noting is the number of hearings is approaching the number of mentally ill in jail.  We could speculate that this is due to a greater mental health awareness among attorneys as I mentioned earlier. Perhaps they are better identifying symptoms in their clients and are more often requesting competency assessments. 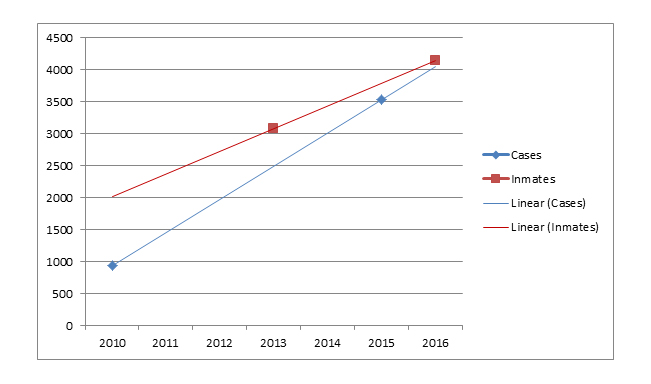 Now - this begs the question: Why are the mentally ill increasingly landing in our county jail system?

Historically, it’s well documented that since the 1970s, the limited supply of hospital beds and cohesive treatment has resulted in the mass incarceration of the mentally ill.

However, this does little to explain why now, in 2016, we are seeing dramatic shifts - sudden increases that are unprecedented. The county’s policies in treating the mentally ill have remained relatively consistent over decades. In fact, the recent opening of county clinics should have decreased these rates in the last five years.

In the next installment I plan to illustrate how several factors, both past and recent, have contributed to the incarceration of the mentally ill.  Hopefully I can find a reasonable answer as to why this population has just recently started to grow.